Skip to main content
To provide you with the best experience, Ibizazen uses its own and third-party cookies on its website for technical, analytical and marketing purposes. By continuing to browse our site, you are agreeing to our use of cookies. Please consult our Cookie Notice for more information. 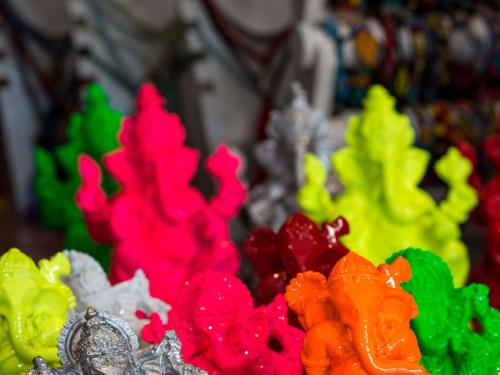 Ganesh is a Hindu God, and often associated with protection. Here is his story:

Lord Shiva, the Hindu God of death and destruction was away at a war. His wife Pavarti, who was a goddess in her own right, wished to bathe. Having no-one to guard the door to her apartments she conceived of the idea of giving birth to a son who could provide this service for her.

Thus Ganesh was created, since goddesses have the power to do such things. Pavarti gave Ganesh instructions that he was to stand guard at the entrance of her apartments and that he was to admit no-one until she gave word that it was OK to do so. Ganesh took up his post and undertook his assignment enthusiastically.

In due course the Lord Shiva returned from his war and went to enter. Ganesh, according to his instructions, forbade him entry. Shiva was enraged by Ganesh’s impudence and drew his sword and cut off Ganesh's head.
Pavarti emerged to find Ganesh decapitated and flew into a rage. Even though he was immensely powerful Shiva was upset with Pavarti’s rage. He swore to make amends by taking the head of the first living thing he found to replace Ganesh’s head. The first animal he came across was an elephant. Accordingly he took the head from the elephant an placed it on Ganesh’s body.

The 'smiling version' of Ganesha was designed especially for Ibizazen and became its mascot. 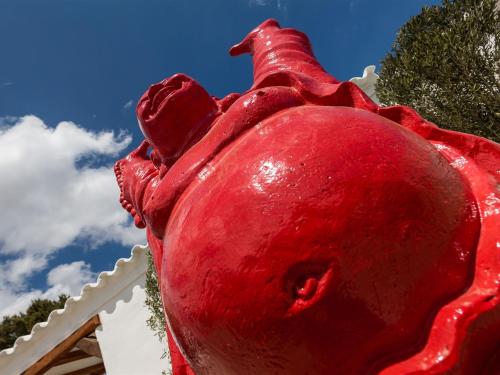 The Laughing Buddha was a wandering Chinese Zen Buddhist monk called Budai, always seen carrying a large cloth sack, which contained all his possessions. He was a happy, good natured man who dedicated his life to helping others. Statues portray him as a fat, bald man in monks clothing, with a large exposed belly, and either wearing or holding a necklace of beads.

This necklace is a Mala, a Buddhist string of prayer beads. The sack which he carries is called the sack of blessings. It contains many treasures which he distributes freely. The sack represents wealth, and the fulfillment of wishes.

The laughing Buddha is also known as the Happy, or Fat Buddha and is popular as a symbol of health, happiness, prosperity and good fortune and can make a welcome addition to any home.